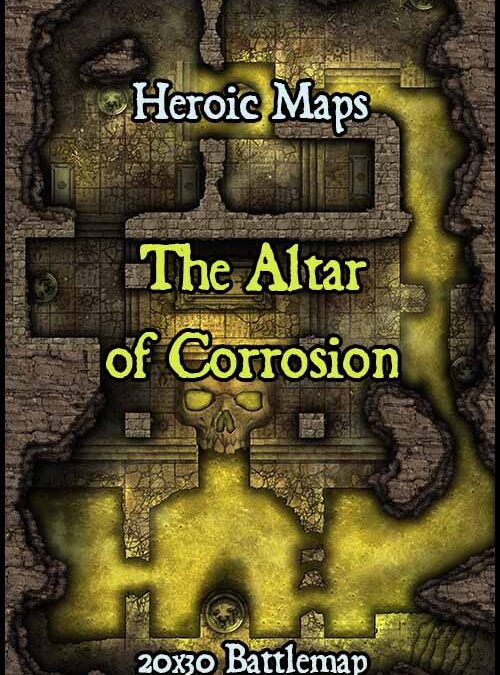 Deep in the Bleached Lands, far from civilisation, foul gods and demi-gods made their home. Exiled there after the Mage Wars, acolytes and cultists soon followed and began to plague the land with their vile shrines and temples. One such temple was the Altar of Corrosion, dedicated to some unknown deity. The air is thick with poisonous fumes, and acid pools around the shrine, burning away anything that comes into contact. Few now worship at the Altar, although many ancient spells mention it, and so each year travellers visit the shrine, hoping to find something other than an early and painful death.

A printable battlemap compatible with any RPG/Dungeon-Crawl game. Use as a standalone gameboard, or combine with any same-scale tileset.
Contents: A 20 x 30 map depiciting an acid-filled shrine. Set in a cave, the main chamber of the temple is separated by a lake of highly corrosive acid. The shrine itself is adorned with huge carved skulls, demonic statues and a huge ornate altar.
Also included is a 300dpi full size jpg, for poster printing or VTT. (n.b. gridless version only available as jpeg) 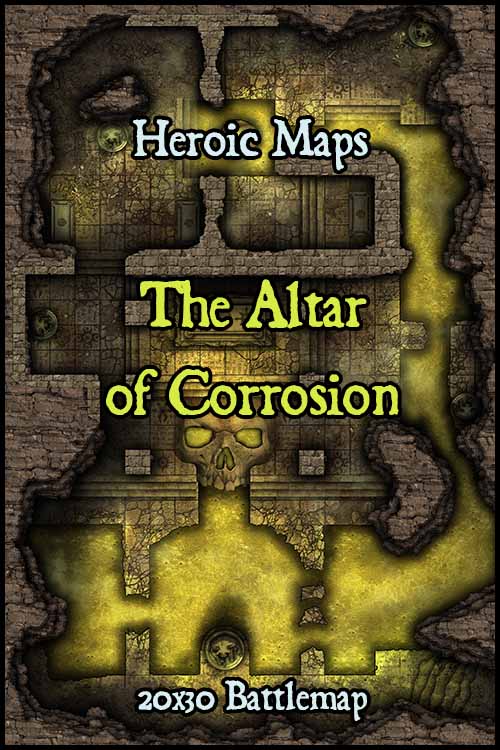