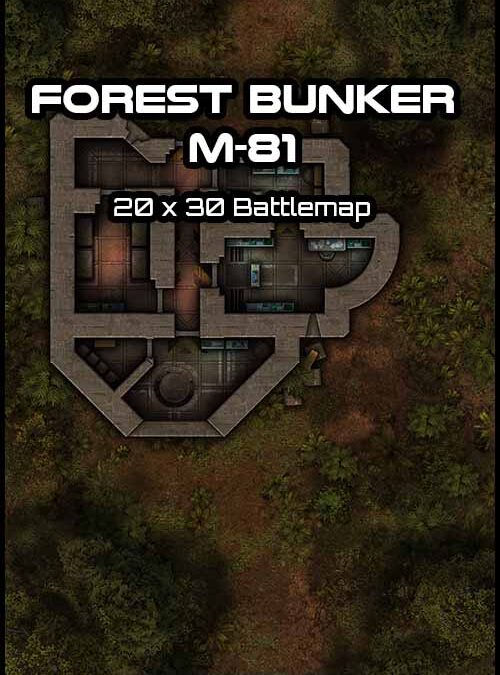 DOWNLOAD
Somewhere deep on a forested moon, the heavily fortified bunker M-81 was under the command of Lieutenant Ahernon. Tasked with protecting the western flank, and offering weapon tracking assistance to other nearby fortifications, the bunker was set to withstand an attack by the largest of armies. What Lt Ahernon was not expecting was to be attacked by a small team of commandos..

A printable battlemap compatible with any RPG/Wargame game. Use as a standalone gameboard, or combine with any same-scale tileset.
Contents: A 20 x 30 map depicting a futuristic concrete bunker set within a forested area. The forest is dense, although there is simple undergrowth near the bunker. The walls of the bunker are thick concrete, but inside the floor is plate-steel, with rooms for storage, sleeping, weapons and computers. Ideal for W40K, Firefly and Star Wars games.
Also included is a 300dpi full size jpg, for poster printing or VTT. (n.b. gridless version only available as jpeg) 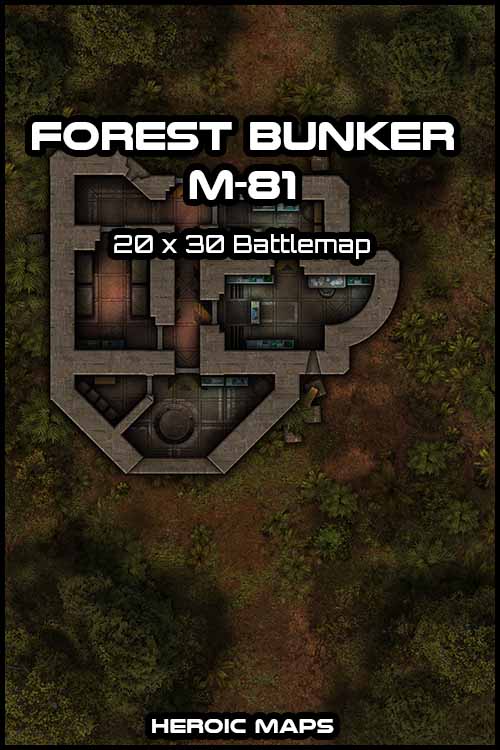