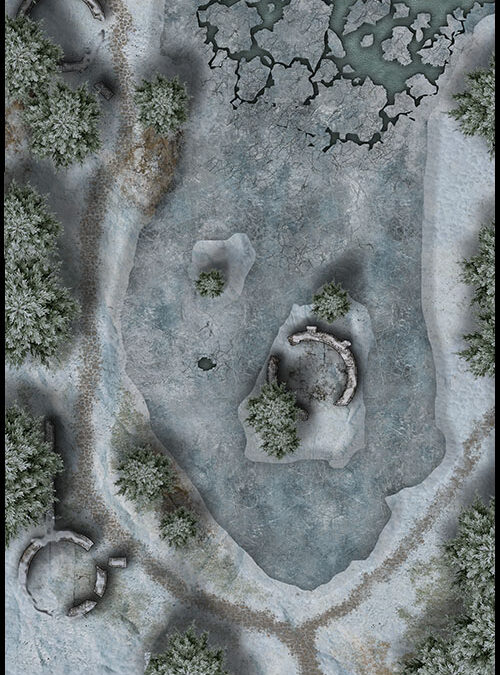 A new winter-themed battlemap from Heroic Maps every Friday in December, discounted for the first week of sale.

The large frozen lake that sits north of the Bay of Whispers is so large that it has no single name. Instead, different parts have different names, In the south, the tip of the lake is also the meeting point between three important roads, and over time various kingdoms have built watchtowers to guard and protect the intersection. The three towers are now ruins, but they have given a name to the lake in this region – Thricewatch Lake

Contents: A 20 x 30 map depiciting a large frozen lake in a wintery location. Cobbled roads wind around the lake, and evergreen trees are dusted with snow. The ice is solid and thick in most places, but in the north the ice has begun to break up. The ruins of three circular watchtowers sit beside the lake, with one even sitting on a small island. 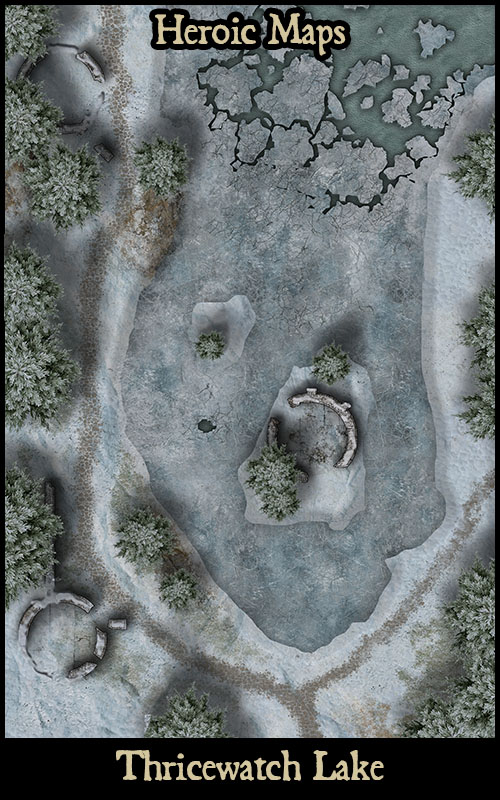 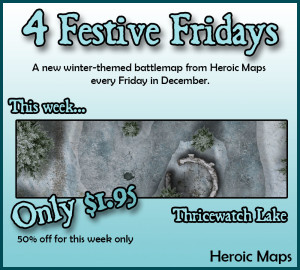