The Temple of Ivy 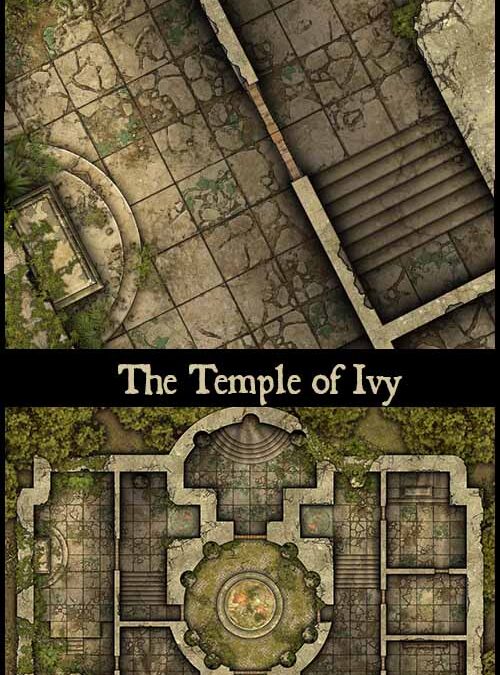 The Temple of Ivy

None know who built the Temple of Ivy, nor which deity it was made to honour. The abandoned temple has sat deep in the forest for centuries, it’s doors magically sealed. A few brave souls that have scrambled though the few breaches in the wall report that the floor and walls are adorned with ivy symbols and carvings, but none know the meaning of them. And so, with the true name of the temple lost, this structure has come to be called the Temple of Ivy.

A printable battlemap compatible with any RPG/Dungeon-Crawl game. Use as a standalone gameboard, or combine with any same-scale tileset.
Contents: A 20 x 30 map depiciting an ancient and overgrown temple, located in a forest. Largely intact, this temple features a circular open air courtyard that leads to three distinct areas of the temple, some of which have weathered that effects of time more or less successfully.
Also included is a 300dpi full size jpg, for poster printing or VTT. (n.b. gridless version only available as jpeg) 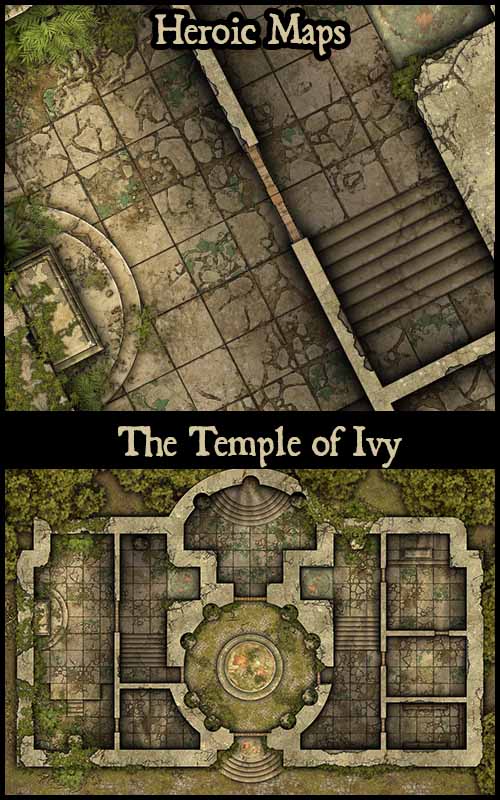