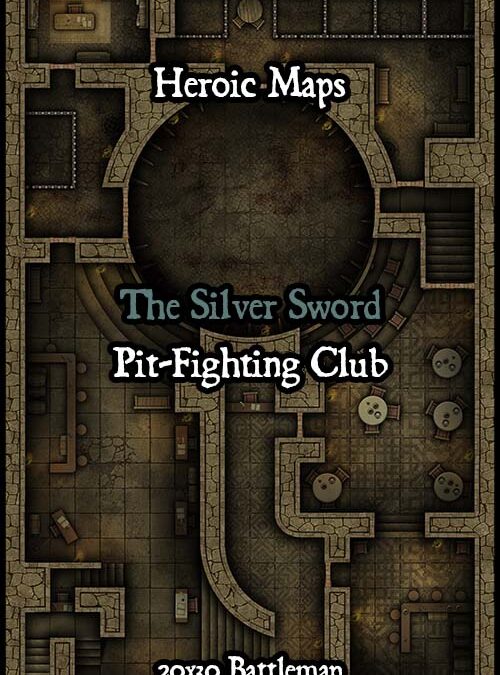 Beneath the gilded streets of Geraphor City is a darker side. The Silver Sword Pit-Fighting Club opened it’s doors over a century ago, and business is still booming. Bloodsports may have officially been banned in the city, but that hasn’t stopped the owner of The Silver Sword from continuing the bloody competitions. Visited by the rich and poor alike (including the politicians that banned bloodsports), it continues to be a popular location and well worth a visit.

A printable battlemap compatible with any RPG/Dungeon-Crawl game. Use as a standalone gameboard, or combine with any same-scale tileset.
Contents: A 20 x 30 map depiciting an underground fighting club. The social area of the club is divided in two. On the left are the areas for the poorer clientele. A simple bar and tables of bookmakers, with standing space for spectactors to view the fight in the pit. On the right are areas for wealthier patrons. A bar and dining area, with seating for watching the combat. The large central fighting pit is surrounded by razor sharp silver swords. Behind the arena are holding areas for prisoners, slaves and gladiators, and even wild beasts, and finally a private office belonging to the owner.
Also included is a 300dpi full size jpg, for poster printing or VTT. (n.b. gridless version only available as jpeg) 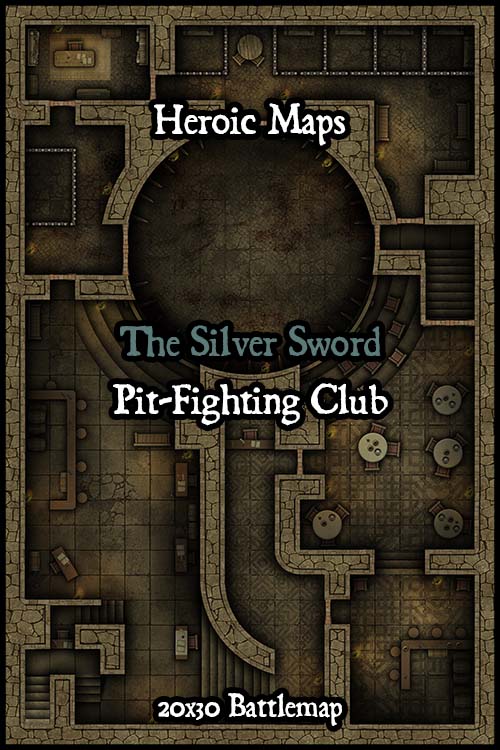