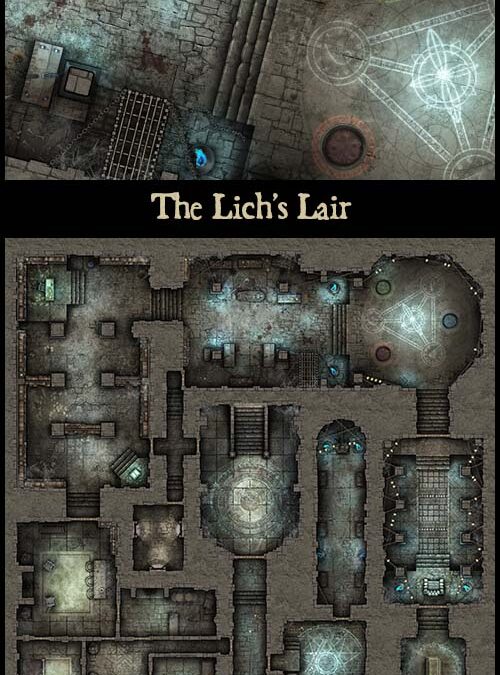 Esidore the Mage had been a likeable fellow, if a little eccentric. He had taken his studies very seriously, and in his home and workshop had amassed a considerable library of knowledge. He would spend hours studying and reading, but for him it was never enough. He would look around his library and see the hundreds of books he would never get round to reading. If only he had more time…  That was when he began to research dark magic; dark magic that would preserve his soul, if not his body, giving him an eternity to learn. Now, centuries later, Esidore the Lich continues to collect arcane knowledge, sending out his undead minions to scour ruins for spells, and jealously guarding all he has.

A printable battlemap compatible with any RPG/Dungeon-Crawl game. Use as a standalone gameboard, or combine with any same-scale tileset.
Contents: A 30 x 30 map depicting the underground lair of a Lich or evil wizard. The entrance hall is guarded by an arcane warding spell, and from there is a treasury and a long-abandoned living area. The library is stocked with hundreds of books, and leads to a workshop laboratory where the Lich conducts foul experiments. The summoning chamber is lit with eldritch magic, and joins the throne room. Behind the throne lies the crypt where the Lich sleeps, although who can say if his Phylactory is hidden there. A secret door in the crypt room allows the Lich to escape if needed. 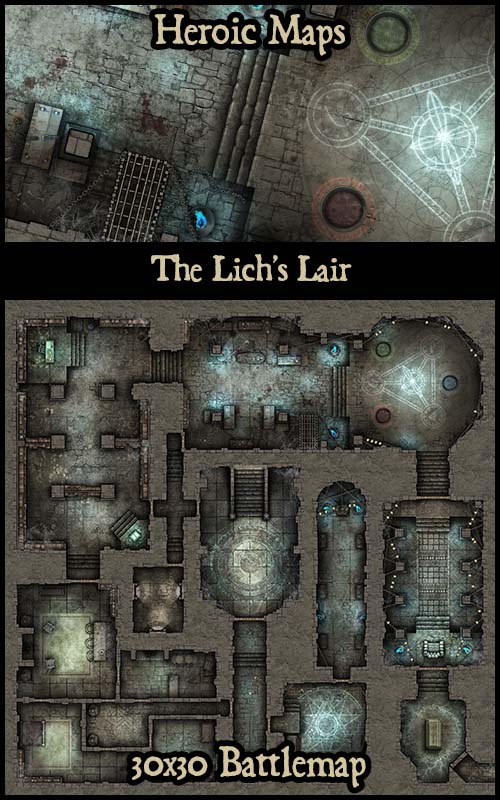