The Hall of Portals 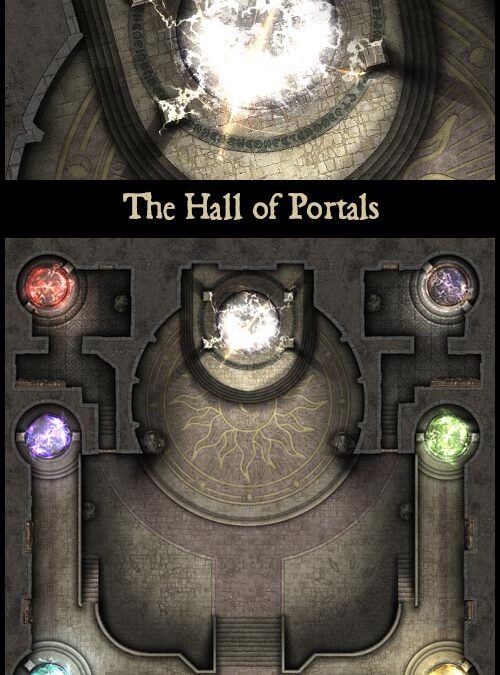 The Hall of Portals

Built on the site of a temple belonging to a long-dead civilization, the Hall of Portals was designed to harness the powerful energy and magic of the area and channel it into something useful. The portals that appeared allowed magic users and other worthies to travel instantaneously across continents, although some portals were tempremental and delivered travellers to seemingly random locations. Little did they realise that the long-dead civilization wasn’t quite so long-dead…

A printable battlemap compatible with any RPG/Dungeon-Crawl game. Use as a standalone gameboard, or combine with any same-scale tileset.
Contents: A 30 x 30 map depicting a huge hall containing seven magical portals. The huge central area is open, and allows large scale combat (can Dragons use portals?). There are seven portals around the area, two of which are out of bounds and behind closed doors. Adventurers could arrive here having used a portal somewhere else, have to quickly reach another continent to avert disaster, or fight against the hordes of creatures that use the portals as the route to an invasion. 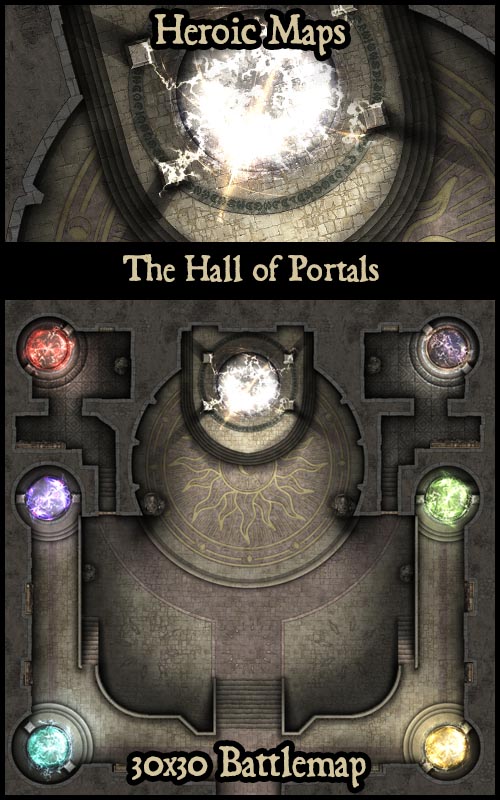