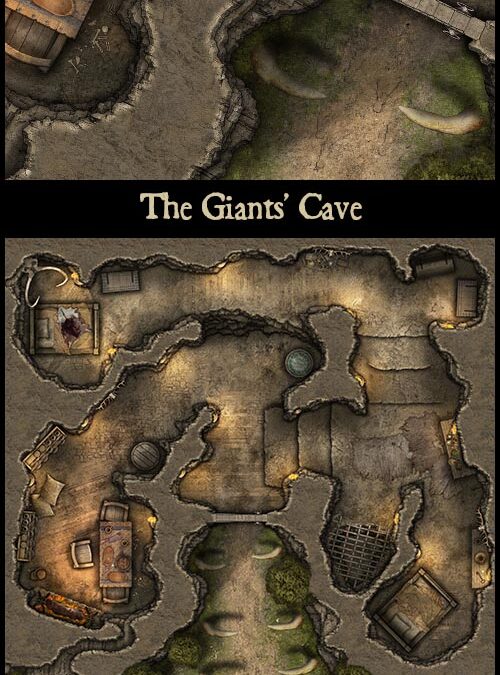 Exiled from their home, the two giants that found themselves in the lowlands decided that living like savages in a cave wasn’t for them, and so ensured that there were some luxuries, like good beds and furniture. But, being a little bit savage, they also needed somewhere to keep the humans they captured to eat.

A printable battlemap compatible with any RPG/Dungeon-Crawl game. Use as a standalone gameboard, or combine with any same-scale tileset.
Contents: A 30 x 30 map depicting the home of two giants. The giants live in a cave, the entrance of which is decorated with huge tusks. The cave has living areas, cooking and eating areas, and also a pit in which captured humans are kept before being eaten. Piles of equipment taken from the victims can be found around the cave. 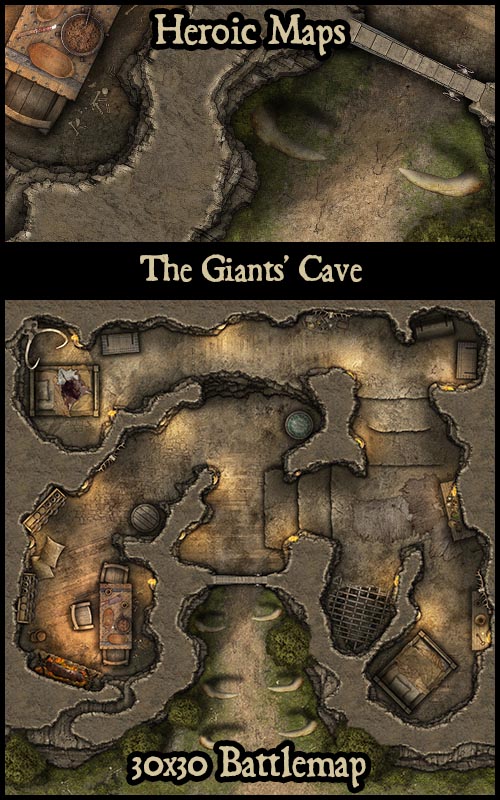