Duke Gorham is known throughout the region as a brutal but coldly efficient military commander. After his castle and family home was destroyed in a war, he took his loyal troops and excavated a stronghold in a cliff, ensuring that it was strongly defended. From this position of power, he led sorties that destroyed his enemies and left him the ruler of huge swathes of land. He never returned to his ancestral home though, preferring the claustrophobic corridors where the ancient stone soaks up the screams of his prisoners.

A printable battlemap compatible with any RPG/Dungeon-Crawl game. Use as a standalone gameboard, or combine with any same-scale tileset.
Contents: A 30 x 30 map depicting a a fort or stronghold dug into a cliff or cave. The fortress has a strong central entrance, and rooms and quarters for the garrison, including a mess hall, dormitories, officers quarters and kitchens. There is also an extensive area of prison cells and torture rooms. The Duke lives in luxurious rooms, with a banqueting hall, library and solar.
Also included is a 300dpi full size jpg, for poster printing or VTT. 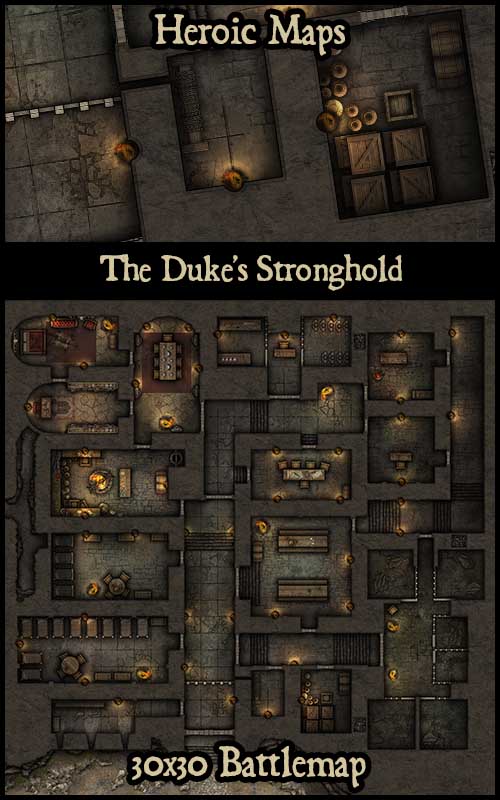