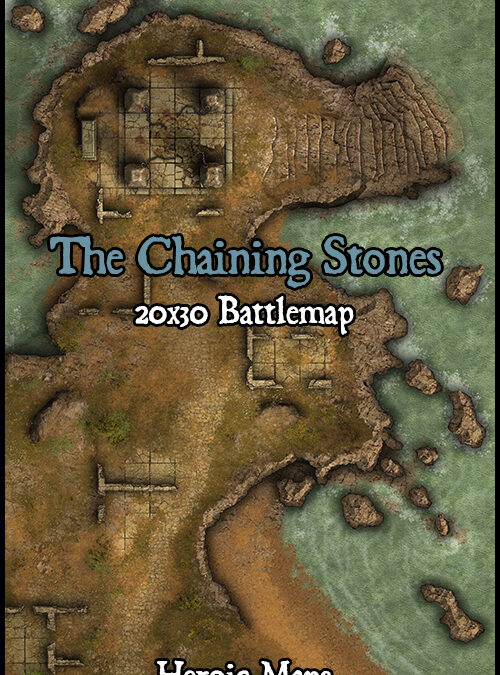 Centuries ago, the Priest-Kings of Theyeria made a pact with a creature of the deep. In return for the safe passage of their ships across the sea, the Priest-Kings offered the creature offerings of gold and gems. The creature was black-hearted though, and over time demanded more – until eventually the Priest-Kings offered the lives of their subjects. And now, even though the kingdom of Theyeria is no more, the people that live in the area are made to honour the legacy of that pact. Criminals, beggars, strangers – anyone can be a suitable offering at the Chaining Stones.

A printable battlemap compatible with any RPG/Dungeon-Crawl game. Use as a standalone gameboard, or combine with any same-scale tileset.
Contents: A 20 x 30 map a sacrificial altar and location at the top of a cliff. Rough-hewn stone steps rise up from the sea to a raised area with four pillars. Rusty metal chains can be used to restrain victims between the stones. The rest of the map depicts cliffs, beaches and ruined structures from the past. 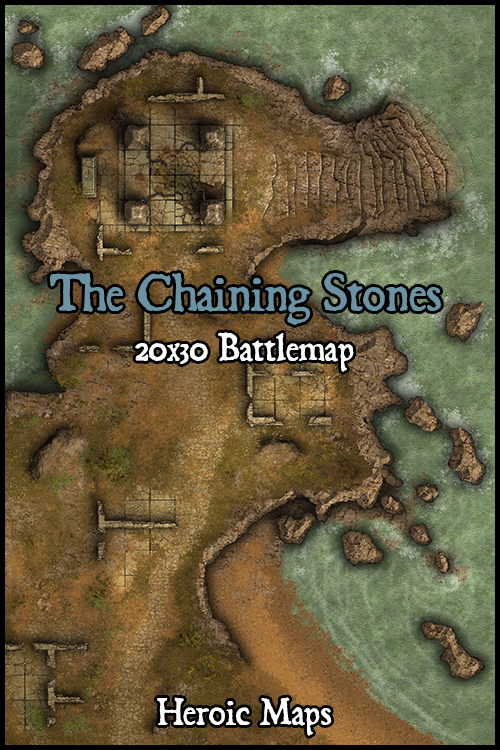