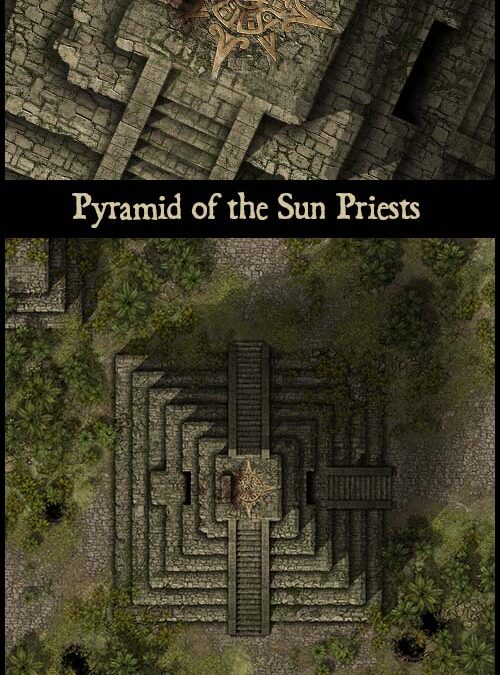 Deep within the rainforest and jungle of the Ixtlu Peninsula, the Sun Priests still perform their bloody rituals, despite the Empire they served having collapsed millenia before. The pyramid rises from the forest canopy, and is crested by a blood-stained altar. Within the pyramid are two temple chambers, one of which includes a sacrificial pit. Victims are shoved into the pit, alive or dead, as an offering to the Sun. If they survive the fall, they don’t survive the perils that lurk below.

Contents: A set of two 30 x 30 maps depicting stepped pyramid in a jungle. Three sets of steps climb the sides of the pyramid, two of which reach the peak where there is a sacrificial altar. The third set lead to a doorway into a temple chamber within the pyramid. Internal stairs lead to another chamber with a pit. Below the pit is a full cavern complex, with pools of water, jungle plants where the surface has collapsed to allow light in, and piles of victim’s bodies. Perfect for jungle adventures in Aztec / Mayan / Incan inspired settings.
Our Patron’s have access to a week long 50% discount 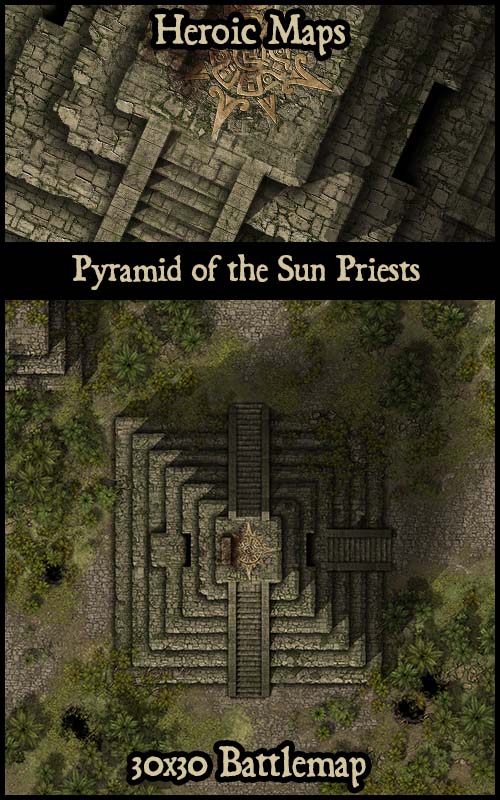 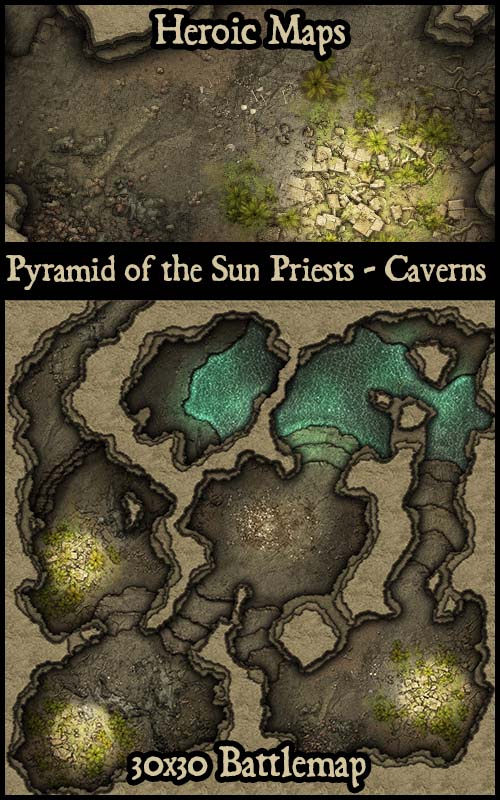 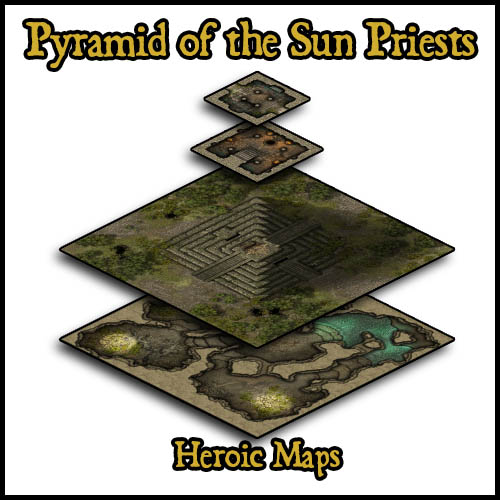