Modular Kit: Mossy Dungeon Chambers is a printable dungeon tileset compatible with any RPG/Dungeon-Crawl game. It can be used as a standalone set, or combined with any same-scale tileset.
Modular Kit: Mossy Dungeon Corridors comprises 12 different large tiles (and 4 small builder tiles) that can be printed multiple times and arranged in limitless combinations. Each tile depicts a room in a stone dungeon that has become cracked and worn, and then overgrown with moss, despite the torchlight that suggests the dungeon is still inhabited.  Rooms include an ancient library, two entrances, crypts, fallen temple and more.
Combine with the Mossy Dungeon Corridors set to build huge elaborate dungeons. 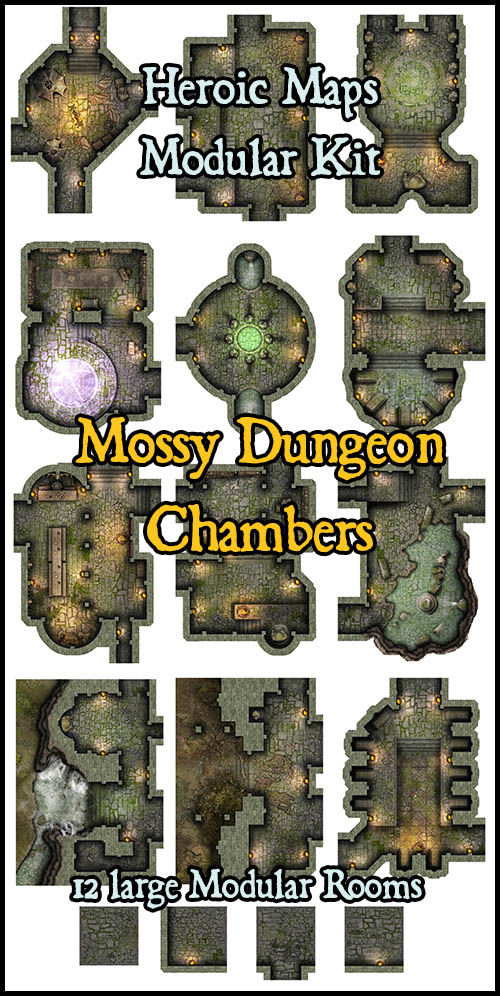 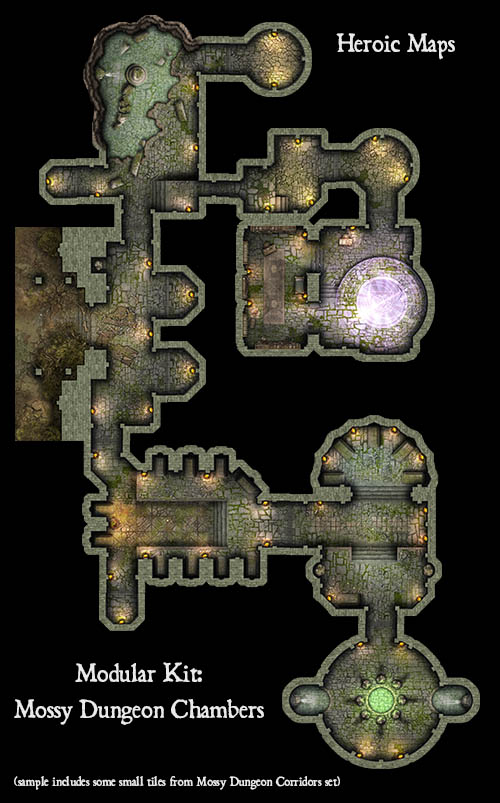 At the edge of a high plateau in a steamy jungle, the Silt River falls hundreds of feet to the jungle below. It is here, beside the cascade, that the Silt River Tribe have made their home

A printable battlemap compatible with any RPG/Dungeon-Crawl game. Use as a standalone gameboard, or combine with any same-scale tileset.
Contents: A 20 x 30 map depicting a tribal jungle village beside a waterfall. The village could be home to lizardfolk or other non-human tribes, or barbaric and primitive humans. The village is defended by palisade fences, and contains clusters of mud huts. A sacrificial platform sits at the edge of the waterfall, where victims can be hurled into the water below. 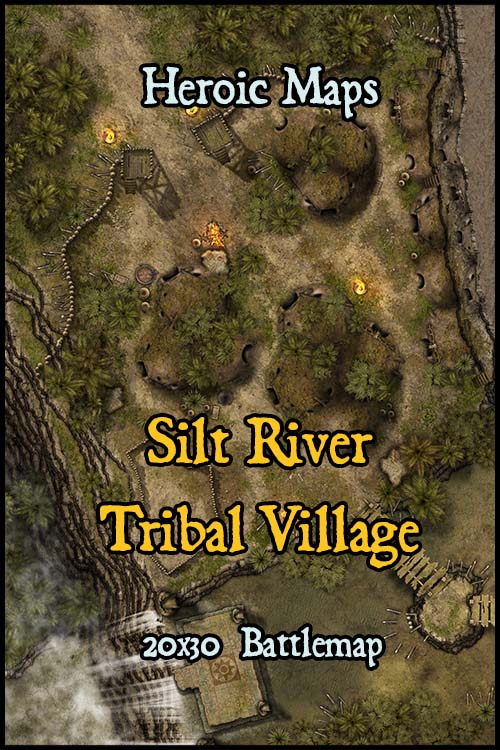 This map is an extension of the Village of the Silt River Tribe map produced for our amazing Patreons! It’s available as a purchase to our Patrons. 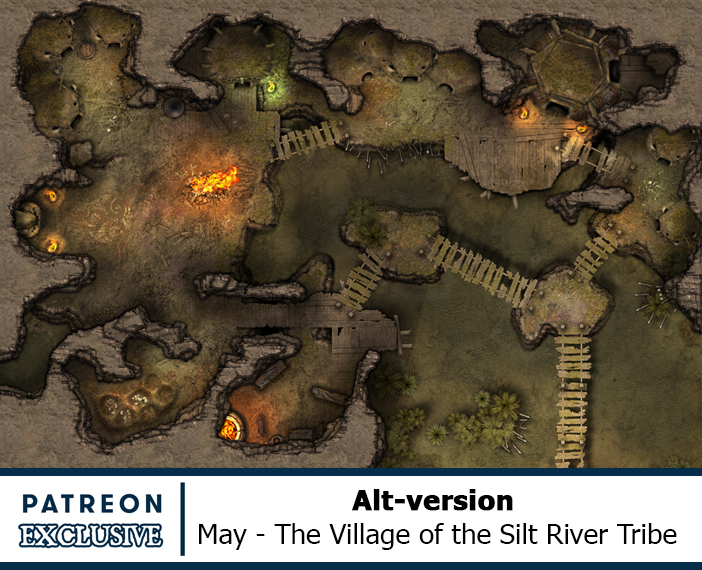