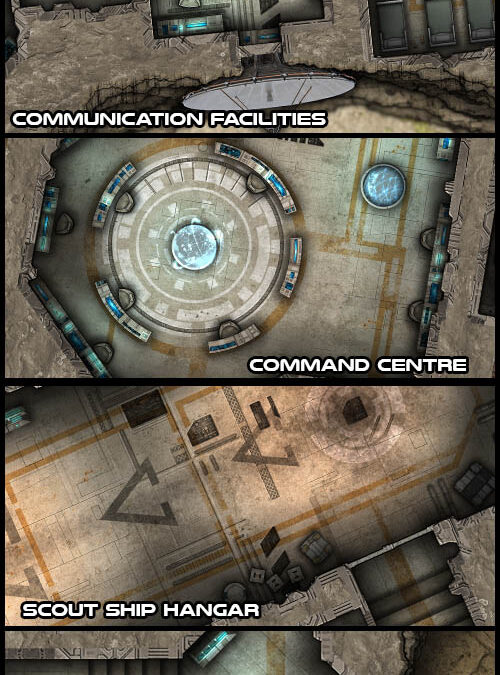 Built to facilitate communication between the ground forces and the supporting near-orbit fleet, the Jovasem Area Comms Bunker is a secure and self-reliant facility, built high into a cliff.

Contents: A 20 x 30 map depicting a futuristic sci-fi bunker. With an entrance via a cavern, the bunker includes areas for the crew (barracks and mess room), command centres, stores, the communication computers and dish, and a large hangar that opens directly out of the cliff face. 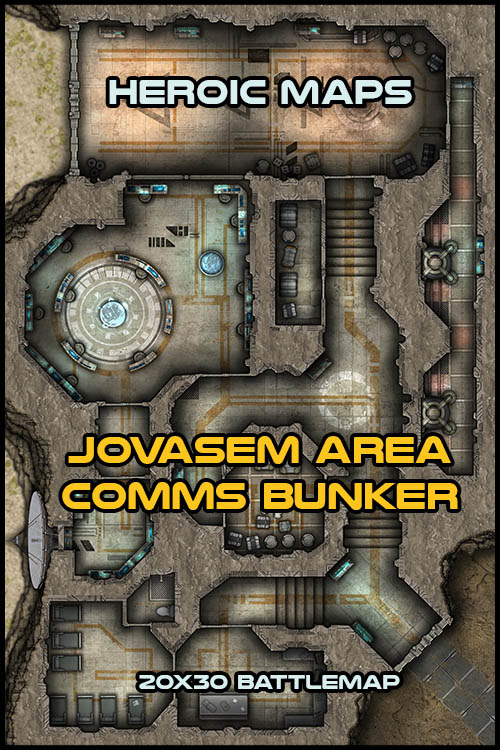 The region of space near the planet of Roikos 3 is rarely empty – transport vessels carrying goods between Roikos 3 and its moon, patrol ships, and leisure yachts.

Contents: A 30 x 30 map depicting the region of space near a planet and its moon. A distant starfield and nebula provides light, whilst the planets have the thin blue glow of an atmosphere. 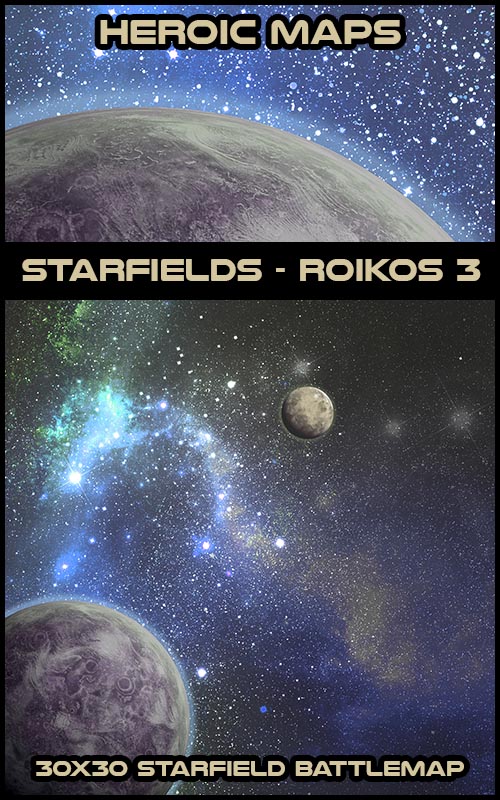