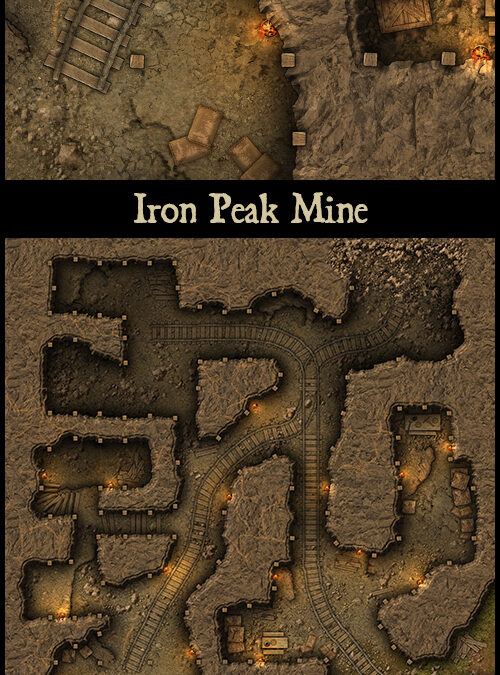 Over a century ago people discovered iron in the hills, and soon a settlement grew up around what was now called Iron Peak. For a while the mine was profitable, and the town was prosperous. But after an accident closed part of the mine and the owner moved on, the mines have been used less and less. People have even claimed to have seen strange figures in the gloom and around the mine at night. Perhaps someone else is working the mine now?

A printable battlemap compatible with any RPG/Dungeon-Crawl game. Use as a standalone gameboard, or combine with any same-scale tileset.
Contents: A 20 x 20 map depicting a small iron mine built into a cliff. A small area of grass around the entrance, and then a mine track that winds past store rooms and deep into the mine. The top part of the mine is dark and abandoned, one section is collapsed. The rest of the location is torchlit and shows signs of activity.
Also included is a 300dpi full size jpg, for poster printing or VTT. (n.b. gridless version only available as jpeg) 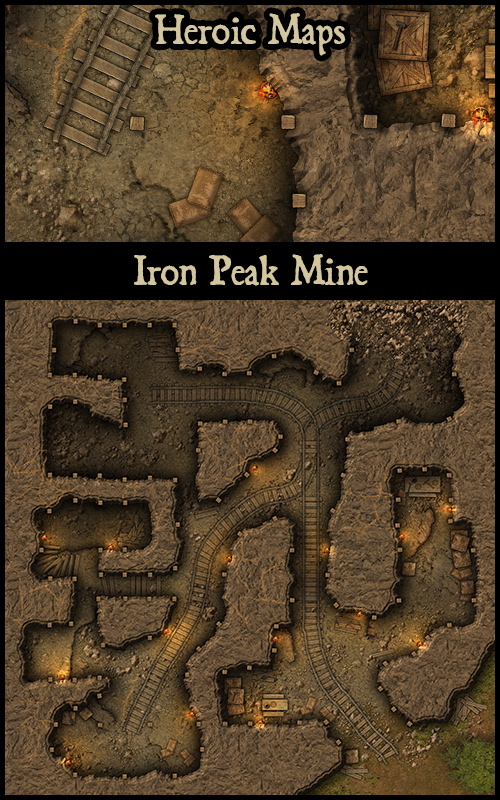