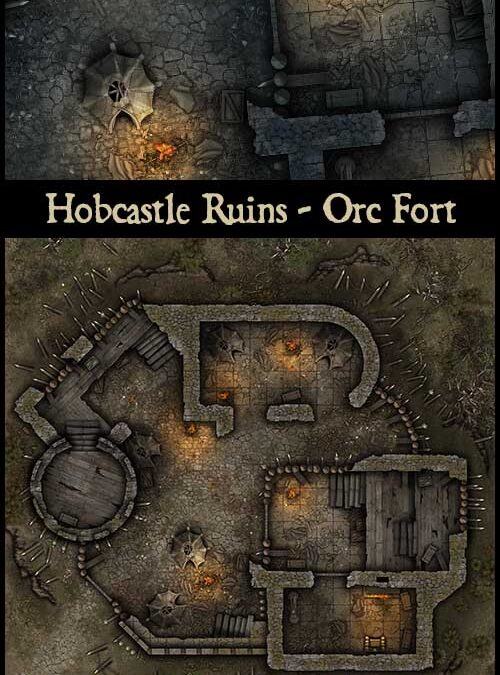 It didn’t take long for Hobcastle Ruins to get a new set of owners. After it fell in a siege and was abandoned, it wasn’t long before travellers reported campfires burning in the ruins at night, and sound of hammering and construction during the day. It has now become the stronghold of the Ullfrag’uk tribe of orcs.

Hobcastle Ruins – Orc Fort is a printable battemap compatible with any RPG game. It can be used as a standalone gameboard, or combined with any same-scale tileset.
Hobcastle Ruins is a day & night set, comprising of 2 30×30 battlemaps. The daytime map features the ruins of a castle that have been turned into an orc camp. Palisade fences, decorated with skulls, have been built to block the gaps in the wall, and the courtyard is filled with tents, fires and rubbish. The chieftain has taken over the remains of a small hall within the castle, whilst her minions make camp in the open air.  The other version depicts the castle at night, with more torches and braziers lit to prevent sneak attacks.
The pack includes an A4 pdf document with 300dpi gridded versions of each map. Also included is a set of gridded and gridless 300dpi full size jpgs, for poster printing or VTT. 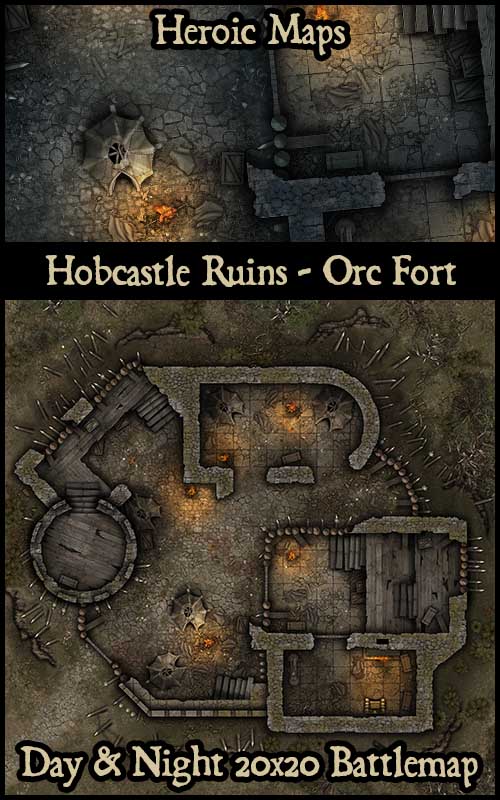