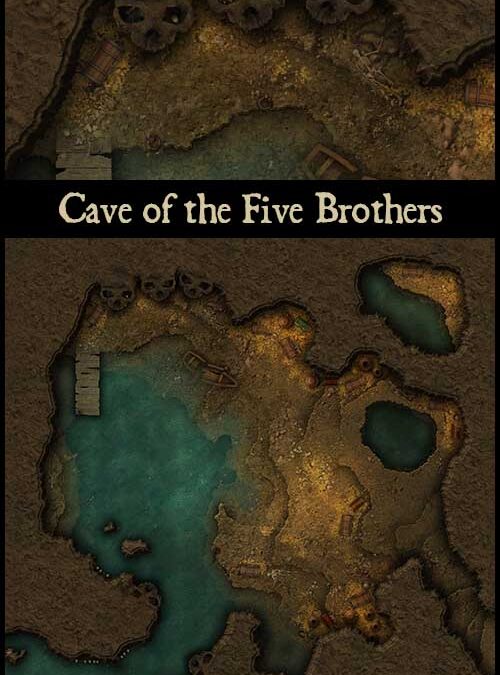 The Five Brothers – a set of large skulls carved into the rockface of this seacave, have been known for generations of sailors and pirates. The cave has always been a place best avoided, although for some buccaneers it’s the perfect place to store their treasure hoards.

A printable battlemap compatible with any RPG/Dungeon-Crawl game. Use as a standalone gameboard, or combine with any same-scale tileset.
Contents: A 20 x 20 map depicting a sea cave that is used as a pirate treasure cave. The cave is reached by sea and by a narrow tunnel, and a deep pool of water is served by a simple wooden jetty. The Five Brothers that the cave is named after is a set of five large carved skulls. The floor of the cave is strewn with pirate treasure, and the skeletons of those left to guard it. There is also a secret cavern, reached by diving into the pool.
Also included is a 300dpi full size jpg, for poster printing or VTT. (n.b. gridless version only available as jpeg) 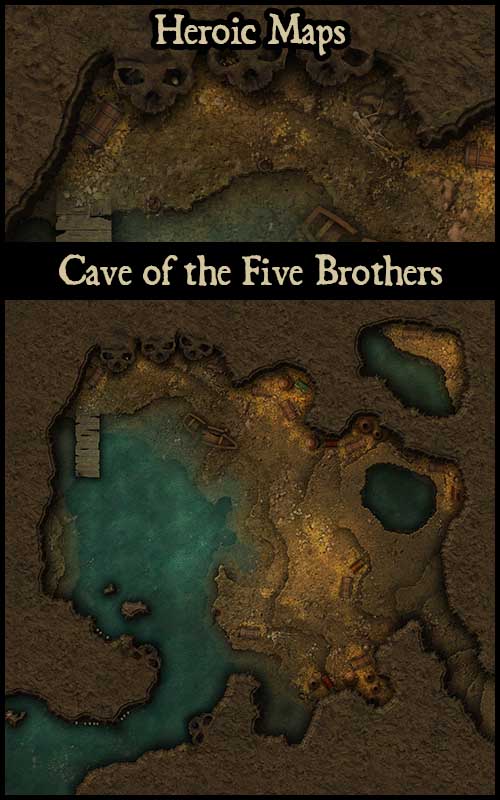