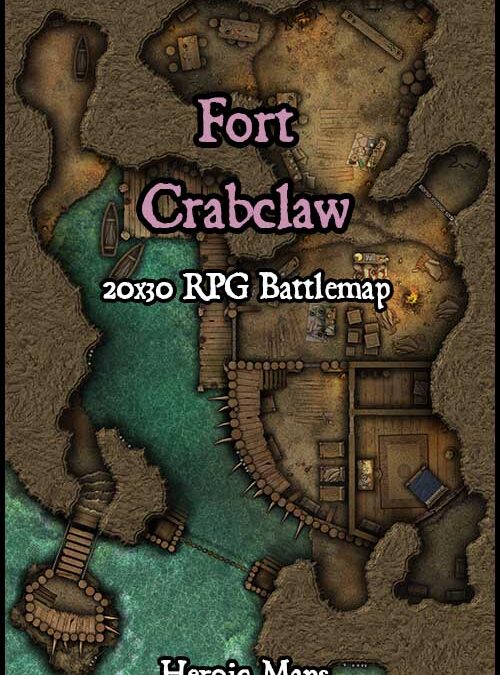 Captain Lucius Crabbe, the once-merchant-turned-pirate, was fleeing from the Imperial Navy when he chanced upon a small cave and managed to evade capture there. And, always one to spot an opportunity, Captain Crabbe realised this would be an idea place for a stronghold. He set his crew to work, and thus was born Fort Crabclaw. Over the years it has grown from a small fort for his crew to a camp for privateers, a market for smugglers, and a meeting place and tavern for rogues and those requiring their services.

A printable battlemap compatible with any RPG/Dungeon-Crawl game. Use as a standalone gameboard, or combine with any same-scale tileset.
Contents: A 20 x 30 map depiciting a Pirate fort hidden in a sea cave. The entrance is defended by a small palisade and a chain that can be lifted across the entrance of the cave. Inside, a small quay is protected by a stout palisade wall. Inside the stronghold is a stockade for the captain’s crew and the captain himself (with a hidden treasure room), but there is also a market, small camp and a tavern.
Also included is a 300dpi full size jpg, for poster printing or VTT. (n.b. gridless version only available as jpeg) 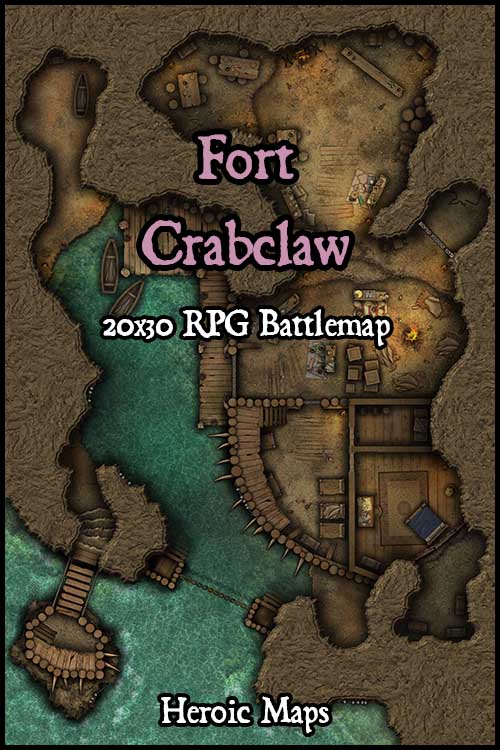