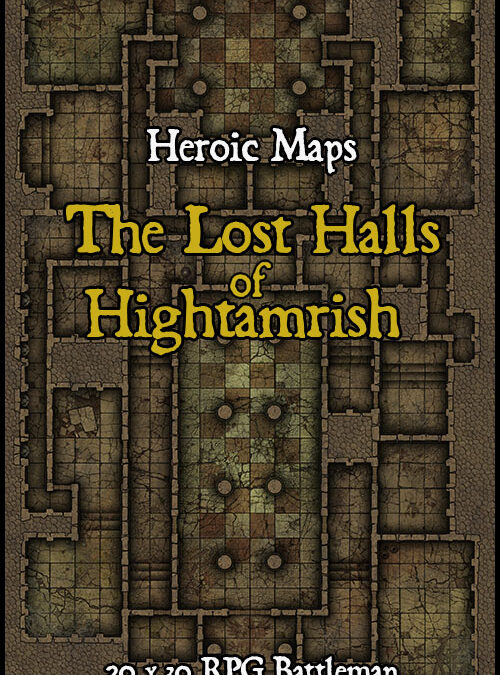 The Halls of Hightamrish once echoed with laughter and conversation. Deep in the strong walls, the inhabitants were wealthy, powerful and safe. Or so they thought. It began when a guard developed a fever, and, despite the best efforts of the healers, passed away. But before he could be buried he returned to life, and attacked others in the stronghold. Panic set in, and people flocked away, taking anything of value, even though the undead had been destroyed. The Halls were never used again, and over time fell from memory. Some say the halls and corridors still echo with laughter – or shriek with the cries of the restless dead..

A printable battlemap compatible with any RPG/Dungeon-Crawl game. Use as a standalone gameboard, or combine with any same-scale tileset.
Contents: A 20 x 30 map depicting a dungeon built into stone. A large pillared hall with decorative flooring connects to corridors, smaller rooms and other areas. The Halls have been abandoned – anything of value; chests, tables, furniture; have all be taken or long since rotted away. 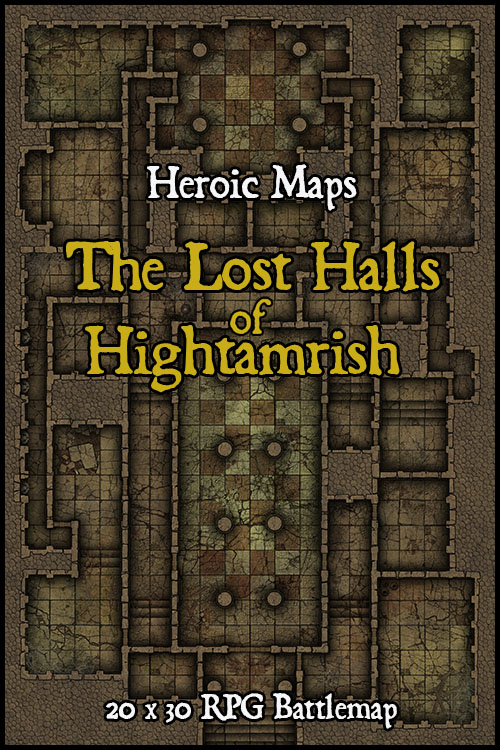