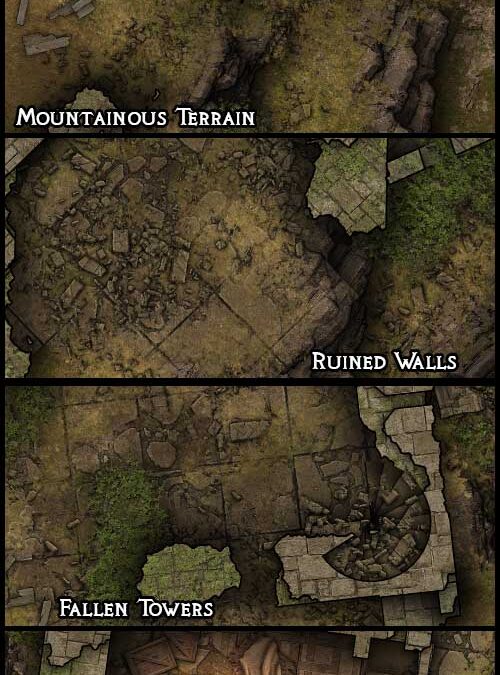 Once the impregnable stronghold of Castell Gwythyr, time and warfare have taken their toll and what remains now is crumbling stone and mossy walls, perched atop a rocky hill. The ruins of the castle are abandoned, although one of the towers has been inhabited and used a shelter for the camps of travellers who pass the ruins.

Contents: A 20 x 30 map depicting a ruined castle on a rocky, mountainous hill. The walls are mostly crumbled and the courtyard is overgrown. The towers have collapsed but one is stil intact enough to provide some shelter, and a traveller has made a camp in the ruins of the kitchen and chapel.
DOWNLOAD 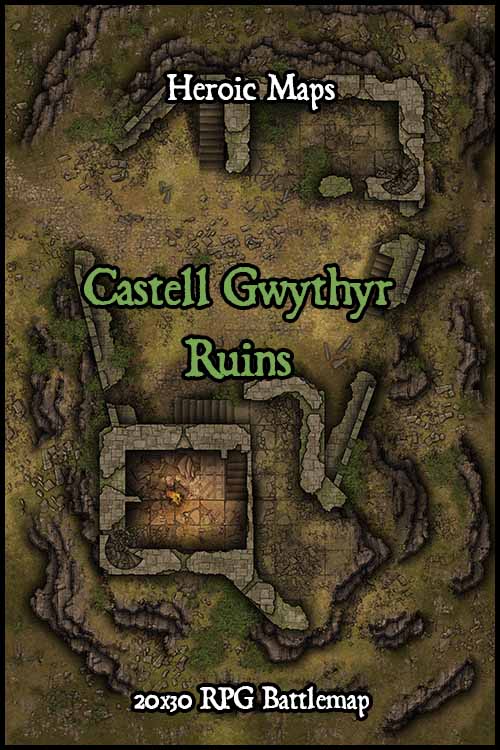 Sitting on a rocky outcrop, the stronghold of Castell Gwythyr has withstood attacks and the elements for centuries. Unapproachable on most sides due to the steep cliffs, the castle is reached via a narrow path. The open courtyard is flanked by two towers. The north tower of the castle houses the stores and a barracks for the men-at-arms that garrison the fortress. The south tower has a chapel and kitchen on the ground floor, a great hall on the 1st floor and the Lord’s quarters on the second floor.

Contents: A 20 x 30 map depicting a ruined castle on a rocky, mountainous hill. The castle consists of a courtyard and two strong towers, each of which has additional floors. The north tower houses a dorm for soldiers, and the south tower has the living quarters for the owner of the castle. 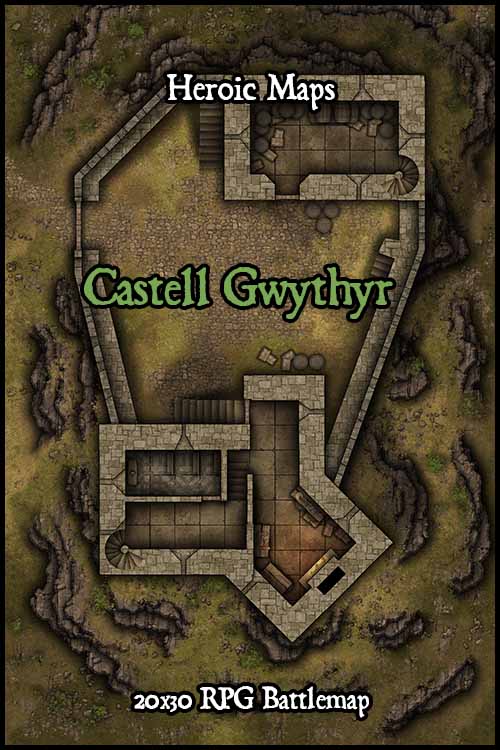 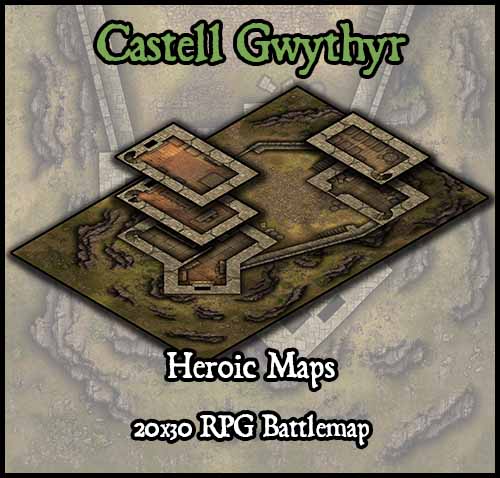